Katie Leave a Comment on The Innkeeper by Keaton D. Winter – A humbling reminder of the beauty in kindness

The Innkeeper by Keaton D. Winter pays homage to both Dickens’ A Christmas Carol and the story of Jesus, fusing the two seamlessly to create a heartwarming tale with kindness at its core…

While I am not personally religious, I feel a deep reverence and respect for the stories in the Bible, and a similar sense of gravitas rippled through the atmosphere of this book.

From the first page, the words glow with a warmth and heart that continues throughout. The opening line places an emphasis on finding beauty despite – or all the more because of – pain. From there, the structure is comforting as we are immediately placed in a location of familiarity: not only is it the Inn from the Christmas story we know so well, but it simultaneously echoes the introduction to Scrooge so familiar to us.

Keaton cleverly evokes scenes from A Christmas Carol (which I had been reading just before this) – such as the conversation with the nephew at the start, where the Innkeeper’s Scrooge-like qualities are established and “good afternoon” is substituted with “good day”.

While bearing enough likeness to feel comfortingly similar, it is also distanced enough to feel fresh; a separate entity with its own world and atmosphere. The setting was very vivid for me – colours of orange, yellow and brown; the heat of the sun and dusty pathways; the sound of a sweeping broom, and the texture of old mahogany beams.

(Note: All the proceeds from sales of The Innkeeper go to a charity that stands against human trafficking; a testament to the emphasis on kindness and selflessness that the story itself promotes)

Meanwhile, it also recalled elements of Jesus’ story, which was the framework for the Innkeeper’s redemption. Jesus is rendered so vividly as a character, and each stage of his life is paired with each ghost that appears – which is such a genius idea!

Despite knowing what happens in both of the referenced stories, I was engrossed in the plot and still wondered how things might turn out. The character of the innkeeper perfectly mirrored Scrooge, with a similarly immediate softening of character as soon as he is shown the past (which I always thought was a bit unnatural considering how cold-hearted he supposedly was, but I guess it just goes to show the emotions laying underneath the stony surface).

A poignant and haunting backstory of Artemaeus’ deceased sister adds an emotional depth, one that runs even deeper than Marley’s presence in A Christmas Carol. An accumulation of pathos is created beautifully throughout, coming to light in later scenes where themes of loss, dread and despair are explored with respect and compassion.

As we see through the eyes of Artemaeus, the presence of Jesus becomes comforting; the one constant amidst the chaos of his journey with the ghosts. I felt deeply the anguish at the injustice shown to Jesus, so vividly brought to life towards the end of the book, and I was moved almost to tears by the ending.

Left with a humbled sense of peace and gratitude, I like how Keaton pitches it: there is a framing of religious discourse, but it feels inclusive for all readers and any beliefs – with the emphasis mostly on the importance of kindness, compassion, and seeing beauty in the world despite how dark things may get.

And by the end, once we have experienced the intense emotional ups and downs of the cohesive and vivid story, we truly appreciate the meaning of its first line: “one must endure the harshness of thorns in order to fully appreciate the beauty of a rose.”

I found The Innkeeper to be a captivating read that sits as vividly in my mind as A Christmas Carol – if not more so – and (especially as it can be read in one sitting), I would happily read it again next Christmas.

Keaton D. Winter is an American independent author who has published four books (view them on Amazon UK here). He also posts wonderful book photos, insightful reviews and inspiring reels on his Instagram, here.
I hope you enjoyed this review! Thank you for reading!
Katie 😀

I'd love to hear your thoughts! Leave your comments below... Cancel reply 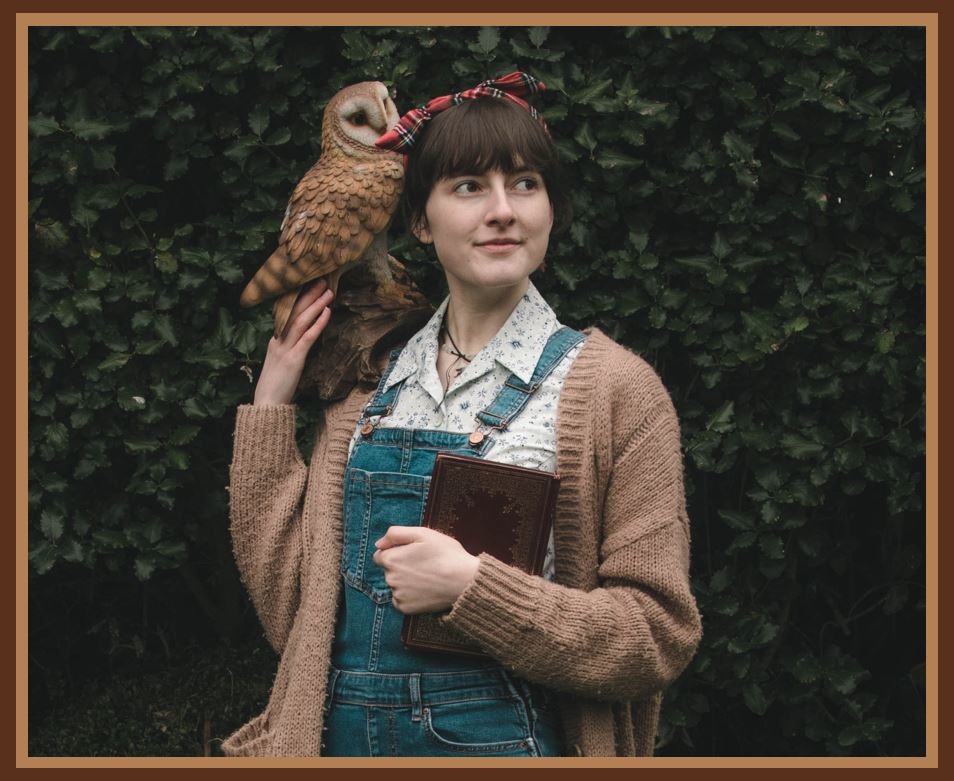 Greetings, Enchanted Wanderer.
I'm Katie, here to share in the joy of books, writing, art and inspiration.
Feel free to stroll around to see what you might find...

If you've also been watching Wednesday, you'll be

🌳What are we when we're no longer what we are?

I got this pinstriped suit and thought...this look

Some Pinterest-esque aesthetics for you✨ (say th

What would your peculiarity be? - Super-strength

If you've been following me for a while, you might

The 2nd half of the drumming video in case you wan

Drumming with human arm bones as sticks is normal,

So I played drums on a song! It's called Come Out

🎃Pumpkins and gothic aesthetics... 1 - Some pu

✨Practicing my spells... If you could have one